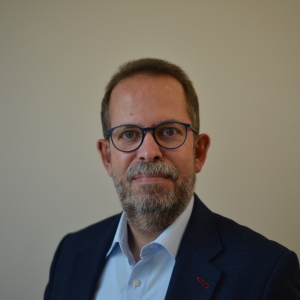 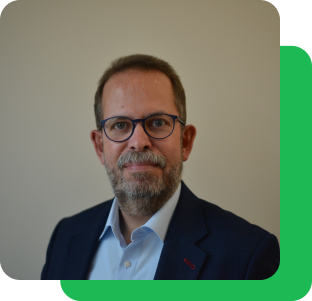 Ralf Bornefeld is Senior Vice President with responsibility for business line and engineering of Power Semiconductors & Modules at Bosch. He joined Bosch in November 2019.

Ralf Bornefeld was born in Schalksmuehle, Germany, in 1964. He graduated with a degree in Electrical Engineering from Technical University of Dortmund in 1992.

Most electric vehicles on the road are still using silicon-based power semiconductors, but SiC penetration is growing fast for new generations to come. Will this trend hold on? The presentation will reflect the current situation putting market requirements, application needs and technology capabilities in perspective. Essential elements and changes along the value chain will be discussed and transferred to the resulting impact on wide-bandgap semiconductor components. Finally, the question if GaN is complementing or replacing SiC in the long run will be reviewed.

The Bosch Group is a leading global supplier of technology and services. It employs roughly 402,600 associates worldwide (as of December 31, 2021). The company generated sales of 78.7 billion euros in 2021. Its operations are divided into four business sectors: Mobility Solutions, Industrial Technology, Consumer Goods, and Energy and Building Technology. As a leading IoT provider, Bosch offers innovative solutions for smart homes, Industry 4.0, and connected mobility. Bosch is pursuing a vision of mobility that is sustainable, safe, and exciting. It uses its expertise in sensor technology, software, and services, as well as its own IoT cloud, to offer its customers connected, cross-domain solutions from a single source. The Bosch Group’s strategic objective is to facilitate connected living with products and solutions that either contain artificial intelligence (AI) or have been developed or manufactured with its help. Bosch improves quality of life worldwide with products and services that are innovative and spark enthusiasm. In short, Bosch creates technology that is “Invented for life.” The Bosch Group comprises Robert Bosch GmbH and its roughly 440 subsidiary and regional companies in some 60 countries. Including sales and service partners, Bosch’s global manufacturing, engineering, and sales network covers nearly every country in the world. With its more than 400 locations worldwide, the Bosch Group has been carbon neutral since the first quarter of 2020. The basis for the company’s future growth is its innovative strength. At 128 locations across the globe, Bosch employs some 76,100 associates in research and development, of which more than 38,000 are software engineers. The company was set up in Stuttgart in 1886 by Robert Bosch (1861–1942) as “Workshop for Precision Mechanics and Electrical Engineering.” The special ownership structure of Robert Bosch GmbH guarantees the entrepreneurial freedom of the Bosch Group, making it possible for the company to plan over the long term and to undertake significant upfront investments in the safeguarding of its future. Ninety-four percent of the share capital of Robert Bosch GmbH is held by Robert Bosch Stiftung GmbH, a charitable foundation. The remaining shares are held by Robert Bosch GmbH and by a corporation owned by the Bosch family. The majority of voting rights are held by Robert Bosch Industrietreuhand KG, an industrial trust. The entrepreneurial ownership functions are carried out by the trust. Additional information is available online at www.bosch.com, www.iot.bosch.com, www.bosch-press.com, www.twitter.com/BoschPress 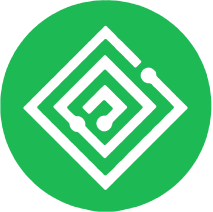 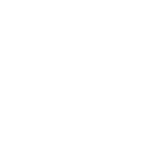